8 Fun Ways to Exercise with Your Children

HomeOther8 Fun Ways to Exercise with Your Children 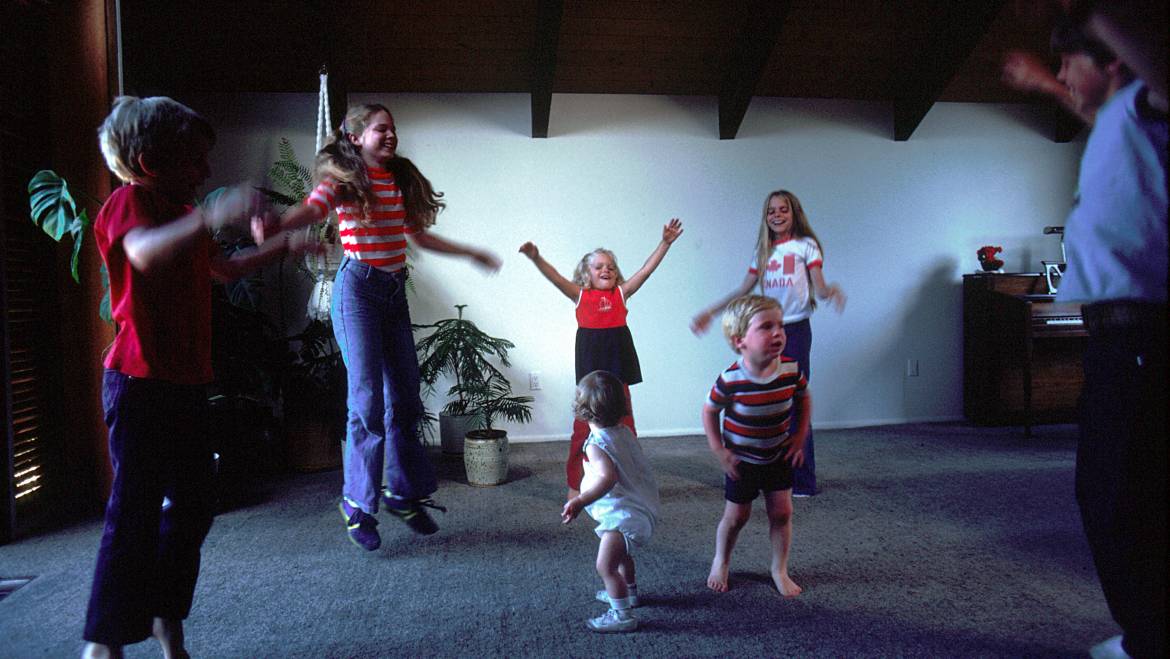 January. The month of 5k runs every morning, abdominal crunches before bed, and nothing but salad in your lunchbox. No? Me neither. I’ve found the problem with exercise is that you realise you’re doing it. At about ten minutes in, you wonder why you’re even trying, since you don’t regret that third helping of Christmas dinner in any way. And at about twelve minutes you think of all the things you could be doing instead of exercising, and wishing there was a way you could exercise without really realising you’re doing it. Well, you’re in luck: once thought to be impossible, we’ve compiled eight of the best ways to put ‘fun’ and ‘exercise’ in the same sentence. They don’t call us ‘Head Over Heels’ for nothing.

Surprise! In the twist of the decade, a gymnastics company is recommending gymnastics. But there’s a good reason: far from ticking the ‘required gymnastics content’ box, even the simplest of exercises and skills can strengthen your core muscles. When did you last try a headstand? Compete with your children to see who can hold the stance the longest! And if your answer to the above question is ‘never’, the attached link below is a simple tutorial to help you out. Even attempting to push yourself into the stand will be working away at those core muscles, and here you have the added bonus of being a role model of patience and perseverance to your children. Hopefully.

Sometimes criminally associated with the ‘hipster’ movement, yoga is an incredibly powerful tool which is always at your disposal. Some of the benefits it has to offer are:

You’re probably wondering where fun fits into discovering what life might be like as a contortionist. Let me introduce you to Cosmic Kids. These are a series of story-led yoga activities on YouTube, which, contrary to the name, are also brilliant for adults. They’re a great entry-point for yoga, with a focus on mental calm and wholeness. Also, if you ever wish to graduate to more advanced yoga, YouTube has a wide variety of options available to do just that. And the best part is that you only need to keep it up two to three times a week to see a marked difference in your fitness and health.

That one song you can’t help but move to? Hit play and turn it up. Get yourself a playlist together which will last around 20-30 minutes and take on your kids in a dance battle for the ages. Or just play that same song ten times. We’re not judging. Here are some of the benefits of dancing:

You could even dance whilst doing the household chores. Fair warning: this activity has been known to cause open glances of derision and for people’s favourite songs to be questioned as to whether they’re even music at all. Better let your children make the playlist. And if you don’t fancy freestyle dancing, following along to these Just Dance clips is a brilliant alternative:

Alright, we’re stretching the definition of ‘fun’. But getting out for a run with your children is always only a front door away. Five minutes of shuttle running has been proven to be as effective as 25-30 minutes of jogging, so this can almost be done in the advert break between TV shows. If you set yourselves a challenge, the exercise for the day will be over in no time: how far can you get in five minutes? This, coupled with the fact that all that’s required is a pair of trainers, and you’ve got no excuse not to hit the ground running this January. (Yes, that was a running pun. I couldn’t resist.)

Cycling is the sport of exploration. Get off the roads and onto the trail-ways, or into the forest, and see what you can find. Also, you get to sit down while you do this one. Need more be said? Cycling is a low-impact type of exercise, so it’s easier on your joints than running or other high-impact aerobic activities, but still helps you get into shape. For something closer to home, the mobile app Strava follows your route and draws it on a map. Could you attempt to draw a picture with it? Here are some examples of people who have done just that:

Another example of a lower-impact cardiovascular exercise. When you jump on a trampoline, the flexible surface moves with you as you land, reducing the impact of landing. If time has taken a chisel to your joints, trampolining and cycling are the ones for you. When was the last time you stopped doing chores and got on the trampoline with your child? Quite a while ago, you say, because you don’t own a trampoline. Touché. If the opportunity ever arises, however, to have a quick bounce with your children (at a friend’s house, perhaps?), take it. Trampolining is the epitome of all the fun, none of the noticeable exercise.

Grab a bat and create a game with your child. Most sports fall into the category of doing exercise without noticing it, but cricket is one of the easiest to pick up and make mini games out of. We like to play French cricket, where the batter stands in the middle of a circle and tries to stop the ball from hitting their legs, which is thrown by anyone around the circle. (Better make sure it’s a tennis ball in this scenario.) Here is a little video on how this works

Have you ever been in the situation where a child has tried to ‘tag’ you in the middle of their game, and you’ve declined and said something like, ‘can’t you see I’m holding a cup of tea’? Next time, put that tea straight down and make them run for their lives as you give chase. Not only will you be surprised by how much faster your children are now, with the realisation that you’ll probably be playing for longer than originally intended, but it will also be a great benefit to you and your children’s health and fitness. Sometimes the old way is the best way, and having a run around the garden is a timeless classic. We have listed some games that we love to play below:

This is a video of one of these games – The Floor is Lava:

And that’s our list! Even committing to just one of these for a few days a week will cause a noticeable improvement to your health and fitness in no time. To all our readers, best of luck with the fresh start in 2018, and from all of us at Head Over Heels: Happy New Year!

If you found this blog helpful please consider buying us a coffee;